Thousands of children, most from Central America, are making their way to the border, many hoping to meet parents in the United States. But for those caught in Mexico, there is only near-certain deportation.

CIUDAD JUÁREZ, Mexico — The children tumbled out of a white van, dazed and tired, rubbing sleep from their eyes.

They had been on their way north, traveling without their parents, hoping to cross the border into the United States.

They never made it.

Detained by Mexican immigration officers, they were brought to a shelter for unaccompanied minors in Ciudad Juárez, marched in single file and lined up against a wall for processing. For them, this facility about one mile from the border is the closest they will get to the United States.

“‘Mommy, I have bad news for you,’” one of the girls at the shelter, Elizabeth, 13, from Honduras, recalled telling her mother on the phone. “‘Don’t cry, but Mexican immigration caught me.’”

The children are part of a growing wave of migrants hoping to find a way into the United States. If they make it across the border, they can try to present their case to the American authorities, go to school and one day find work and help relatives back home. Some can reunite with parents waiting there.

But for those caught before crossing the border, the long road north ends in Mexico.

If they are from elsewhere in the country, as a growing number are because of the economic toll of the pandemic, they can be picked up by a relative and taken home.

But most of them are from Central America, propelled north by a life made unsustainable by poverty, violence, natural disasters and the pandemic, and encouraged by the Biden administration’s promise to take a more generous approach to immigration.

They will wait in shelters in Mexico, often for months, for arrangements to be made. Then, they will be deported.

The journey north is not an easy one, and the children who brave it have to grow up fast.

At the shelter, most of them are teenagers, but some are as young as 5. Traveling alone, without parents — in groups of children, or with a relative or a family friend — they may run into criminal networks that often take advantage of migrants, and into border officers determined to stop them. But they keep trying, by the thousands.

“There is a big flow, for economic reasons, and it will not stop until people’s lives in these countries improve,” said José Alfredo Villa, the director of the Nohemí Álvarez Quillay shelter for unaccompanied minors in Ciudad Juárez.

In 2018, 1,318 children were admitted into shelters for unaccompanied minors in Ciudad Juárez, the local authorities said. By 2019, the number of admissions had grown to 1,510 children, though it dipped to 928 last year because of the pandemic.

But in the first two and a half months of this year, the number has soared to 572 — a rate that, if kept up for the rest of the year, would far surpass 2019, the highest year on record.

When children enter the shelter, their schooling stops, the staff unable to provide classes for so many children coming from different countries and different educational backgrounds. Instead, the children fill their days with art classes, where they often draw or paint photos of their home countries. They watch television, play in the courtyard or complete chores to help the shelter run, like laundry.

The scene in Ciudad Juárez, across the Rio Grande from El Paso, in Texas, tells only one part of a larger story that is playing out all along the border’s nearly 2,000 miles.

Elizabeth, the 13-year-old from Villanueva, in Honduras, said that when the Mexican authorities detained her in early March, she thought of her mother in Maryland, and how disappointed she would be.

When she called from the shelter, her mother was ecstatic at first, thinking she had crossed, Elizabeth said; then, on hearing the news, her mother burst into tears.

“I told her not to cry,” Elizabeth said. “We would see each other again.”

The New York Times agreed to use the middle names of all unaccompanied minors interviewed to protect their identities. Their family circumstances and the outlines of their cases were confirmed by caseworkers at the shelter who are in touch with their relatives and with the authorities in their countries to arrange for their deportation.

If Elizabeth had made it across the river into Texas, her life would be different now. Even if apprehended by United States Customs and Border Protection, she would have been released to her mother and given a court date to present her asylum case.

The success of her asylum application would not be a given. In 2019, 71 percent of all cases involving unaccompanied minors resulted in deportation orders. But many never turn up for their hearings; they dodge the authorities and slip into the population, to live lives of evasion.

For the majority of children in the shelter, being caught in Mexico means only one thing: deportation to their home country in Central America.

About 460 children were deported from shelters in Juárez in the first three months of the year, according to Mr. Villa, the shelter director. And they often wait for months as Mexican officials routinely struggle to gain the cooperation of Central American countries to coordinate deportations, he said.

Elizabeth has no idea who will take care of her if she is sent back to Honduras. Her father walked out on the family when she was born, she said, and the grandmother she lived with is dying.

When Elizabeth’s mother left in 2017, it broke her, she said.

The mother had taken out loans to support Elizabeth. When loan sharks came after the family seeking repayment, she went to the United States to look for work, Elizabeth said.

“When my mother left, I felt my heart left, my soul,” she said, crying.

Elizabeth’s mother landed a good job in landscaping in Maryland, and wanted to spare her daughter the treacherous journey to the United States. But when the grandmother’s health left her unable to care for Elizabeth, it was the girl’s turn to say goodbye.

Elizabeth said she doubted whether she would ever see her grandmother again.

In early March, Elizabeth made it to the Rio Grande, on Mexico’s northern border. She began wading toward Texas when the local authorities caught her and pulled her out of the water.

Mexican immigration officials dropped her off at the Nohemí Álvarez Quillay shelter, which is named after an Ecuadorean girl who died by suicide at another shelter in Juárez in 2014 after being detained. She was 12, and on her way to reunite with parents who had lived in the Bronx since she was a toddler.

In mid-March, two weeks after her arrival, Elizabeth celebrated her 13th birthday at the shelter.

As shelter staff cut the cake for Elizabeth — the children are prohibited from handling sharp objects — three more children were dropped off by the immigration authorities, just hours after the eight who had arrived that morning. They watched cartoons as they waited for shelter officials to register them.

Elizabeth’s best friend since she arrived, Yuliana, 15, was by her side, apprehended by the Mexican authorities in December when she tried to cross the border carrying her 2-year-old cousin and tugging on the hand of her 4-year-old cousin. Yuliana is from San Pedro Sula, Honduras, one of the most violence-wracked cities in the world.

Both girls said they had seen a parent struggle to put food on the table before making the tough decision to migrate to the United States. And both felt that their failure to cross had upturned the tremendous expectations that had been placed on them: to reunite with a lonely parent, to work and to send money to family members left behind.

For the girls, home is not a place — Honduras or the United States. Home is where their families are. That is where they want to be.

“My dream is to get ahead and raise my family,” Yuliana said. “It is the first thing, to help my mother and my brothers. My family.”

The day she left San Pedro Sula to join her father in Florida, she said, her mother made her promise one thing.

“She asked me never to forget her,” Yuliana said. “And I answered that I could never, because I was leaving for her.” 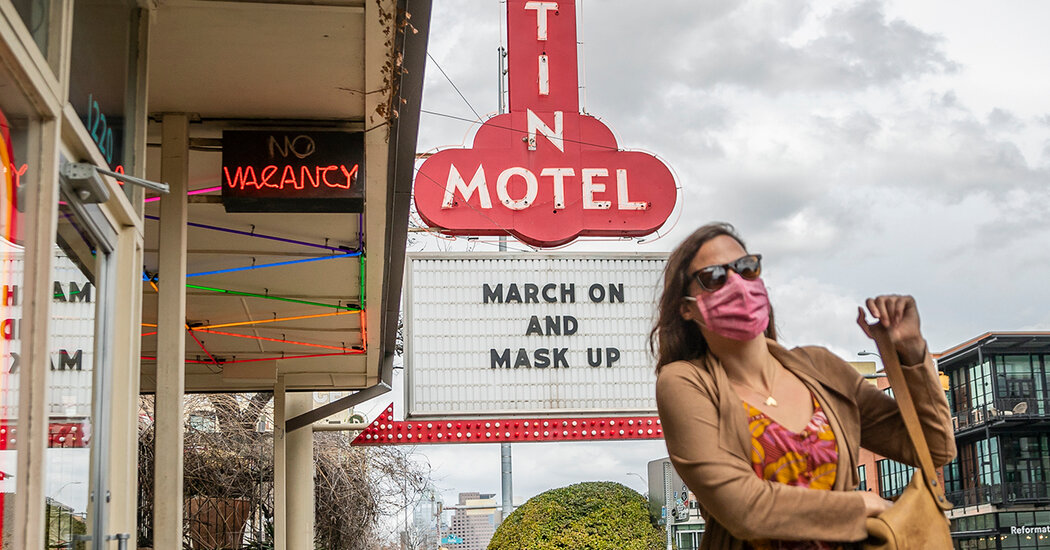 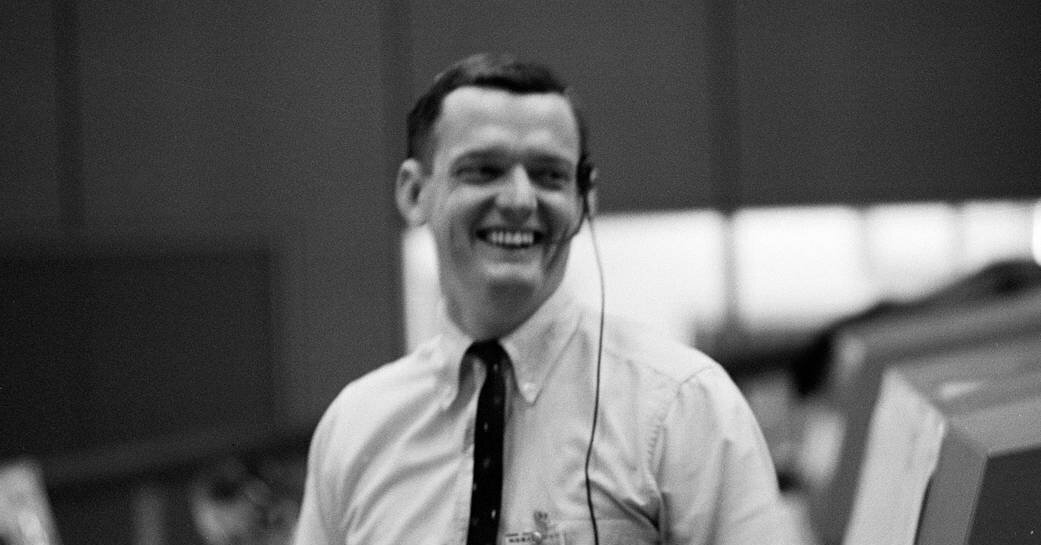