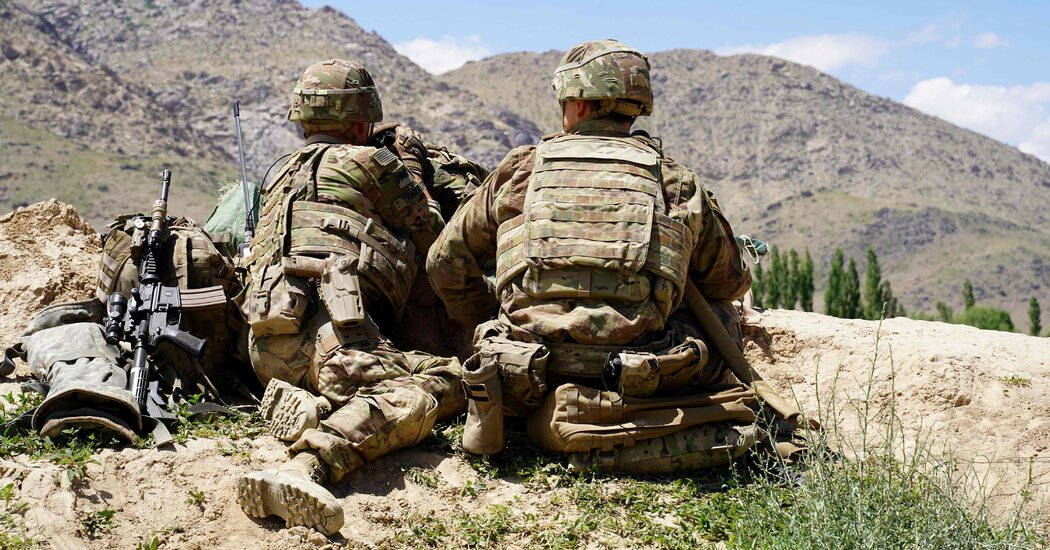 Is America’s longest war finally coming to an end?

That’s the question President Biden is confronting before a May 1 deadline to withdraw U.S. troops from Afghanistan, where they have been deployed since shortly after the Sept. 11, 2001, attacks. I spoke to my colleagues Helene Cooper and T.M. Gibbons-Neff about Biden’s three basic options, and the potential risks.

1. Withdraw now. Biden’s history suggests he might personally favor a quick drawdown, Helene, who covers the Pentagon, says. As vice president, Biden argued for a smaller U.S. presence in Afghanistan than Barack Obama’s military advisers wanted. (He lost that argument.)

Now that Biden is in a position to decide, his outlook seems to have shifted. He has said that bringing the roughly 3,500 U.S. soldiers home by May — a deadline Biden inherited from Donald Trump — would be logistically difficult. “Think about how you move into an apartment and you live there for a year, how much it takes to move out,” T.M., who is based in the Afghan capital, Kabul, says. “Imagine going to war for two decades.”

A hasty departure could also have consequences for Afghanistan. The Trump administration agreed to withdraw as part of a deal it struck last year with the Taliban, the repressive militant group that ruled much of the country before the U.S. invaded. The Taliban are already supporting targeted killings against Afghan civilians and soldiers. If American forces leave, some Afghans and U.S. officials fear the Taliban will attempt a military takeover.

Biden’s doubts about the May deadline may also reflect domestic political concerns. While the conflict continues to shape life in Afghanistan, it has faded from many Americans’ view. That could change, T.M. says, “if Kabul is falling to the Taliban on nightly news.”

2. Delay. The U.S. could extend its withdrawal by a few months while continuing to support peace talks between the Taliban and Afghanistan’s democratic government. Biden appears to be leaning toward this option. “We will leave. The question is when,” he said last week.

This option could avert the chaos of a quick drawdown. But it may only delay further violence if the Taliban and the Afghan government fail to reach a power-sharing agreement.

The Taliban wants the U.S. out, and it reduced its attacks on U.S. troops after striking a deal with the Trump administration. “Expect attacks on American troops to return in full force if we stay beyond May 1,” Helene says.

3. Stay. Biden may conclude that some U.S. troops should stay in Afghanistan to support the Afghan military, which remains weak, and to help protect the imperfect but real gains in women’s education and democracy the country has made since 2001.

Similar justifications helped keep Biden’s two immediate predecessors embroiled in Afghanistan, and they could prolong U.S. involvement into a third decade. The war has cost about $2 trillion and thousands of Afghan, American and allied lives.

“Leaving will likely mean a complete reversal of any gains made there in the last 20 years,” Helene says. “But troop presence in perpetuity is not something that political leaders are keen to sell to the public.”

For more: Negotiations between the Taliban and the Afghan government are set to continue this month in Turkey. Whether or not they make a deal, the Taliban think they have the upper hand.

Woof: Would you buy your dog a charcuterie board?

Ryan Kaji is 9. He’s also the highest-earning YouTuber of the last three years. Kaji is largely popular for videos where he reviews toys, and Forbes reported that he made nearly $30 million last year.

The children’s section of YouTube is lucrative: Half of the 10 most popular videos on the platform are for children, and the catchy kids’ song “Baby Shark” is its most-viewed video. But as Bloomberg Businessweek reports, Kaji’s success goes far beyond the ad money from his videos. Like the Olsen twins and JoJo Siwa before him, he has an empire built on merchandising.

Kaji’s parents have made deals with Walmart and Target for toys and clothes, as well as TV deals with Amazon and Nickelodeon. A footwear line with Skechers is in the works. The bulk of Kaji’s revenue now comes from the licensing side.

Other children’s YouTube channels are also cashing in: Cocomelon, which has more than 100 million subscribers, has a line of toys. Pinkfong, the educational brand behind “Baby Shark,” has merchandise and a Nickelodeon series.

For more on Kaji, read the rest of Bloomberg’s story.

The pangram from yesterday’s Spelling Bee was anklebone. Here is today’s puzzle — or you can play online.

Thanks for spending part of your morning with The Times. See you tomorrow. — Ian

P.S. Our colleague Sarah Lyall is writing about burnout and motivation, as more workers contemplate a return to the office. Tell her how you’re coping.

Today’s episode of “The Daily” is about the Amazon union vote in Alabama. On “Sway,” Cathy Park Hong discusses anti-Asian racism. 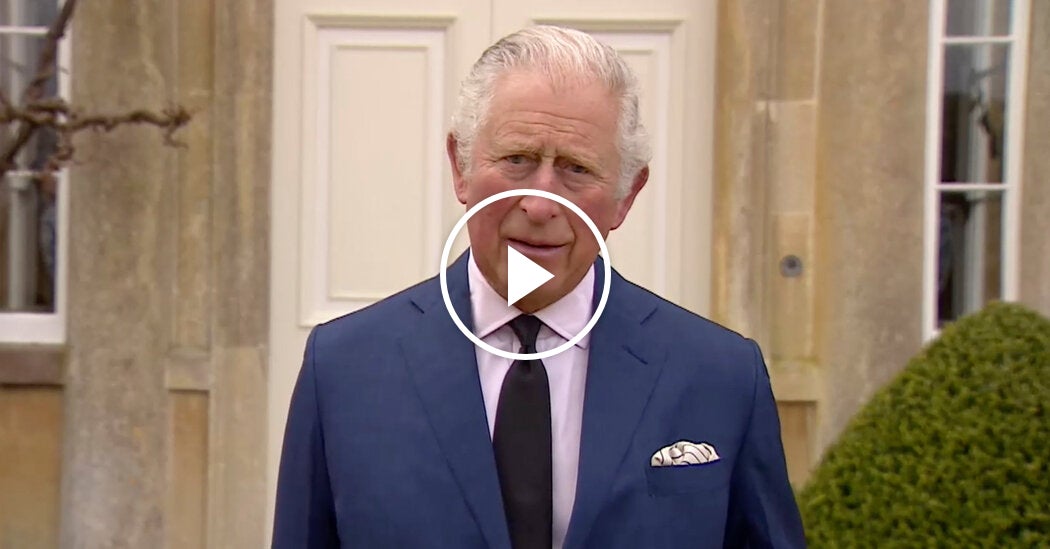 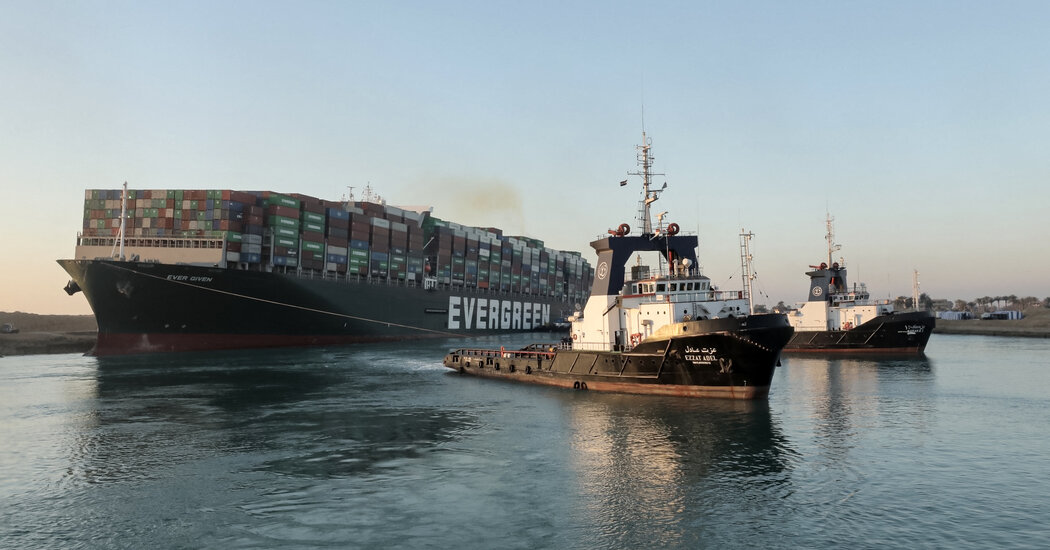 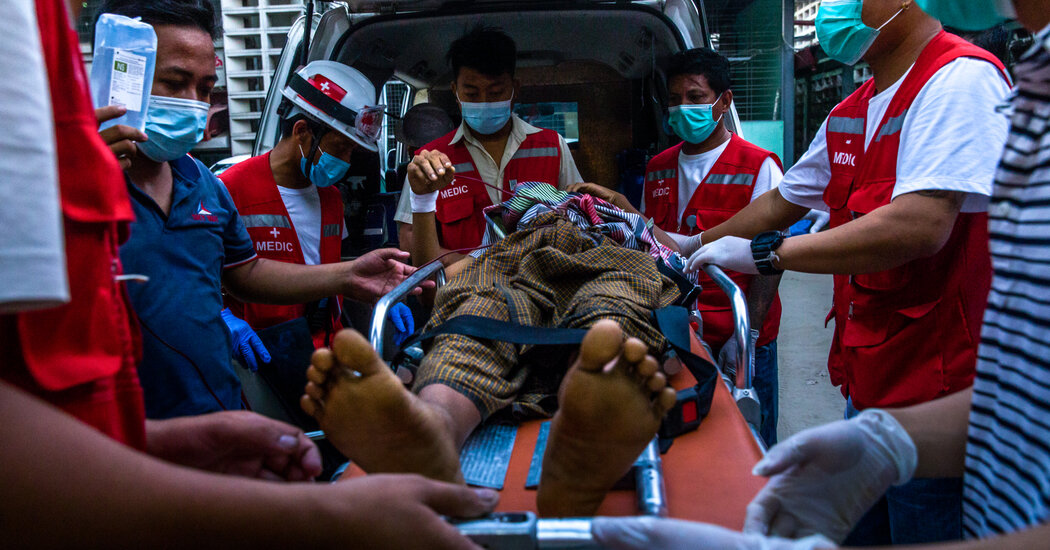 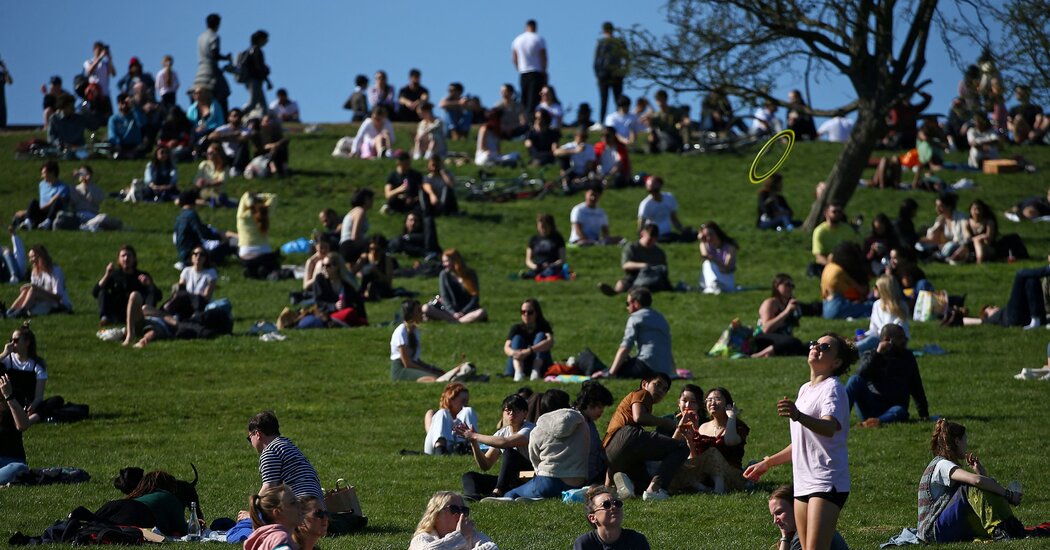