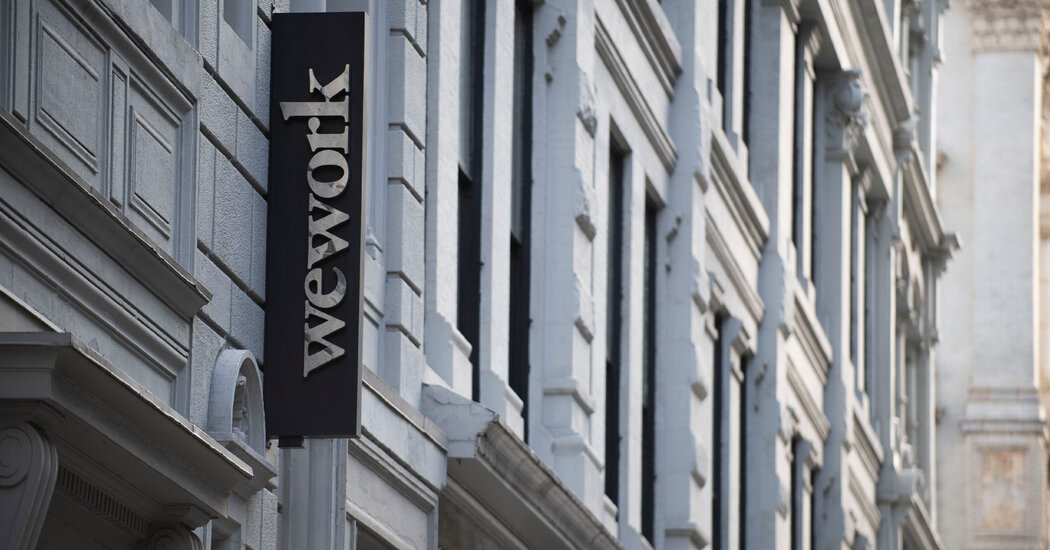 Even though WeWork has long lost billions of dollars, it always found ways to attract huge investments from deep-pocketed investors. Now, less than two years after it was rescued from a collapse, the co-working company has found yet another backer willing to overlook its losses.

The company announced on Friday that it had agreed to merge with a blank-check firm in a deal that would give it a listing on the stock market it was denied when it was forced to shelve an initial public offering as investors questioned its financial strength and dubious governance practices.

Instead of a traditional I.P.O., WeWork is merging with BowX Acquisition, a company listed on the stock exchange for the sole purpose of buying a business, in a type of deal that has become hugely popular in recent months. Investors, bankers and even celebrities and athletes have rushed to float such special purpose acquisition companies, or SPACs, because they offer their creators a chance to mint huge profits relatively quickly. And merging with these vehicles is attractive to companies like WeWork because they provide an express lane onto the stock market without the obstacles that scuttled WeWork’s public offering in September 2019.

“There have been doubts raised about its business model and those doubts may be difficult to address in an I.P.O. roadshow,” Michael Klausner, a Stanford business professor, said, referring to the presentations companies give to mutual funds, pension mangers and other institutional investors before a public offering. SPACs are “highly problematic” because their structure can encourage buyers to overpay, hurting shareholders in return, he said.

As of Wednesday, 295 SPACs had gone public in 2021, raising $93 billion and breaking last year’s record in a matter of months. Because there are now so many of these companies out there, some have tried to use star power to get businesses to entertain their merger offers. BowX has its own star connections. It is backed by Bow Capital, an investment firm that counts Shaquille O’Neal, the basketball player, as an adviser.

Many SPAC mergers involve companies that make things like electric vehicles or rockets but have little or no revenue. Their primary sales proposition to investors is that the business being acquired has a revolutionary technology that will change their industry or even the world.

WeWork, however, has a familiar product that investors can evaluate. The company leases office space and then effectively sublets it to its members, which include individuals, start-ups and large corporations. Its heady expansion was fueled by SoftBank, the Japanese conglomerate that became WeWork’s largest shareholder and rescued the company in 2019 just as it was about to run out of cash.

WeWork said the deal with BowX gave it an equity value of $7.9 billion, far less than the nearly $50 billion value that its investors placed on the company in 2019. WeWork will receive $1.3 billion in cash from the deal, including $800 million from Insight Partners, Starwood Capital Group, BlackRock and other investors.

“It’s now, more or less, a normal real estate company,” said Jay Ritter, a finance professor at the University of Florida said, drawing a distinction to the technology company WeWork pitched itself as just a few years back. And it will have to perform at least as well as a conventional real estate business, Mr. Ritter added.

“With real estate, and the short-term rental market — there’s a competitor that’s been out there for a long time,” he said. “And investors aren’t going to buy unrealistic projections.”

The pandemic has emptied WeWork’s offices — memberships fell to 476,000 last year, from 619,000 in 2019 — and it is not clear how much demand there will be for its office space in the future. Many people have become used to working from home and some large employers like Target and Dropbox have said they planned to give up big chunks of their office space because they expected fewer employees to come in daily. The retailer R.E.I. sold its headquarters all together.

Still, BowX’s chief executive, Vivek Ranadivé, told CNBC on Friday that the pandemic would be a “tailwind” for the office-sharing company.

“Companies have now decided that flex space is the must-have,” said Mr. Ranadivé, a technology entrepreneur who owns the Sacramento Kings basketball team. “Maybe for their own headquarters they want to own that space. But for everything else, they want to hand it over to a WeWork.”

Based in large part of that idea of corporate desire for flexibility, WeWork says its revenue will surge in the coming years. The company also claims that it has lowered its costs since the failed public offering and offered a bullish forecast of earnings before interest, taxes, depreciation and amortization, an often flattering measurement of cash flows.

But WeWork didn’t say what its profit might be. A presentation released Friday said the company lost $3.8 billion last year, about the same as in 2019. The 2020 loss included a $1.4 billion write down of intangible assets. Last year, WeWork’s operations consumed $857 million of cash, up from $448 million in 2019.

“We looked at our plan, we see what we accomplished in 2020 — and we’ve seen a path to profitability — and we thought it was a good time to raise additional liquidity,” Sandeep Mathrani, WeWork’s chief executive, told CNBC on Friday.

In the past, the company has struggled to meet lofty projections. Even if flexible work arrangements do become more commonplace, WeWork could face intense competition for tenants. New York, London, San Francisco and other big cities are awash with cheap sublet space put on the market by businesses that are planning to have fewer people working from offices all the time.

Landlords may also balk at doing business with co-working companies after they racked up huge losses during the pandemic — some like Knotel shut down. Building owners may also decide to offer tenants flexible space themselves, cutting out co-working middlemen like WeWork.

“If I am an office landlord, the Covid experience may have told me, yes, people need flexible space,” said Daniel Ismail, senior analyst at Green Street, a real estate analysis and consulting firm. “But what form should I provide that in — should I do that myself or partner with someone?”

Some analysts said WeWork might still face financial pressures after any cash infusion. Its debt has grown and it appears that its lease obligations — the amount of money WeWork owes landlords — are still burdensome, said Vicki Bryan, chief executive of Bond Angle, a research firm that specializes in debt. “They haven’t resolved the problem with their business model — they have high leases.”

But in a sign that Wall Street investors are optimistic about WeWork, shares of BowX were up about 10 percent in afternoon trading after the merger was announced.

The path to a deal was cleared last month when Adam Neumann, a co-founder of WeWork, and SoftBank settled a legal dispute.

SoftBank has been eager to take WeWork public. The Japanese company poured billions of dollars into WeWork after Masayoshi Son, SoftBank’s chief executive, bought into Mr. Neumann’s ambitious vision, which included building schools and serviced apartments in addition to leasing office space. In total, SoftBank has backed WeWork to the tune of nearly $16 billion, counting investments in the company, loans and payments to existing shareholders. After WeWork goes public, SoftBank will be able to sell its stake or keep it in the hope that it goes up in value.

One of WeWork’s most vocal critics, Scott Galloway, a professor at New York University’s Stern School of Business, is now less skeptical about the company, in part because of its much lower valuation.

“This now looks more like a growth company, as opposed to a psychotropic trip where the market enters into a consensual hallucination with a start-up,” he said. “This now looks just as good — or bad — as most SPACs.” 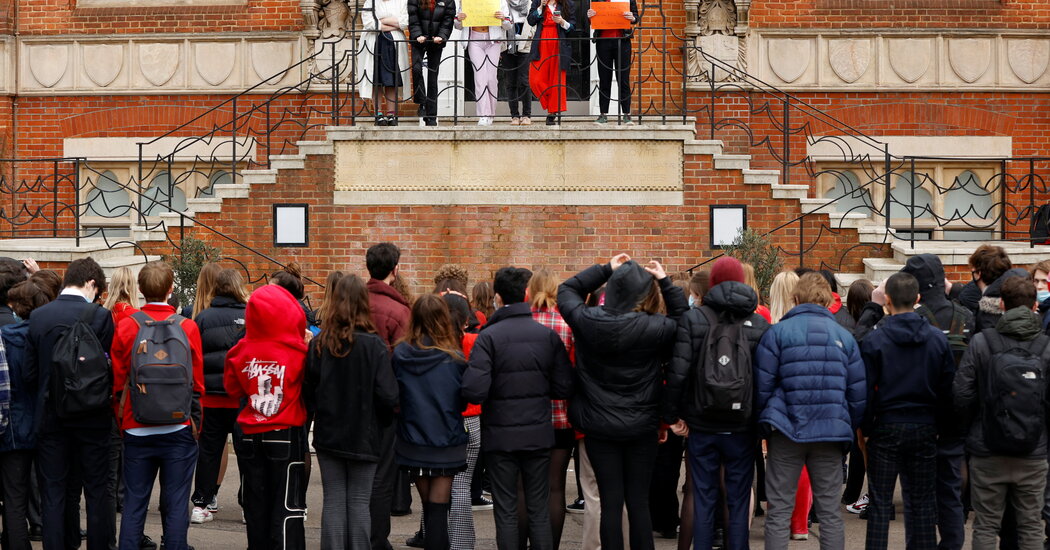 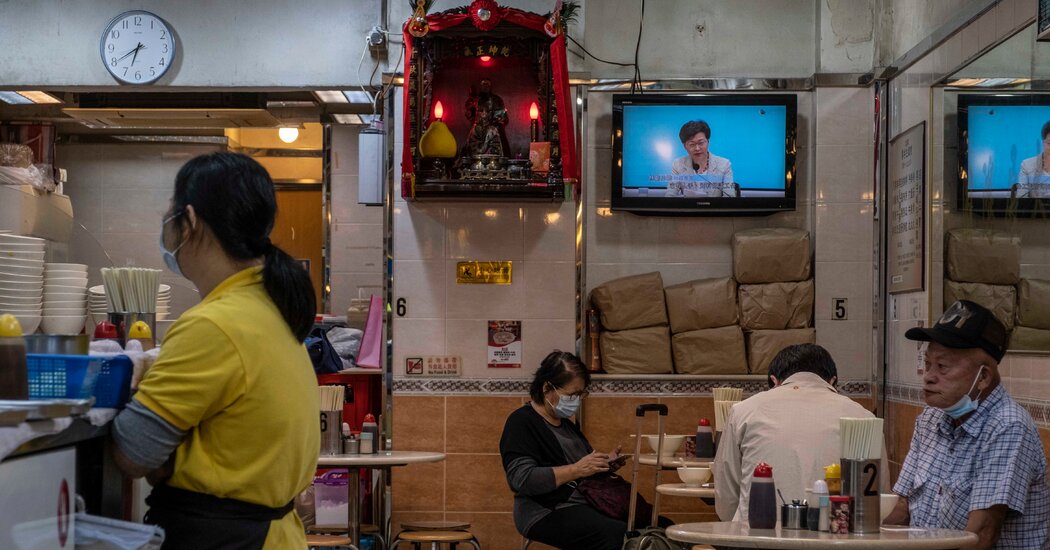 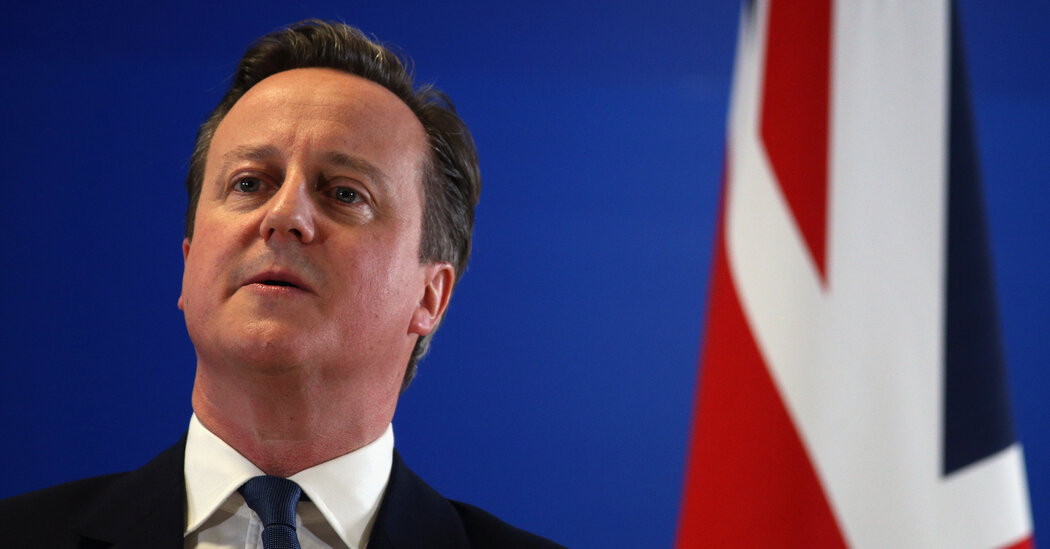 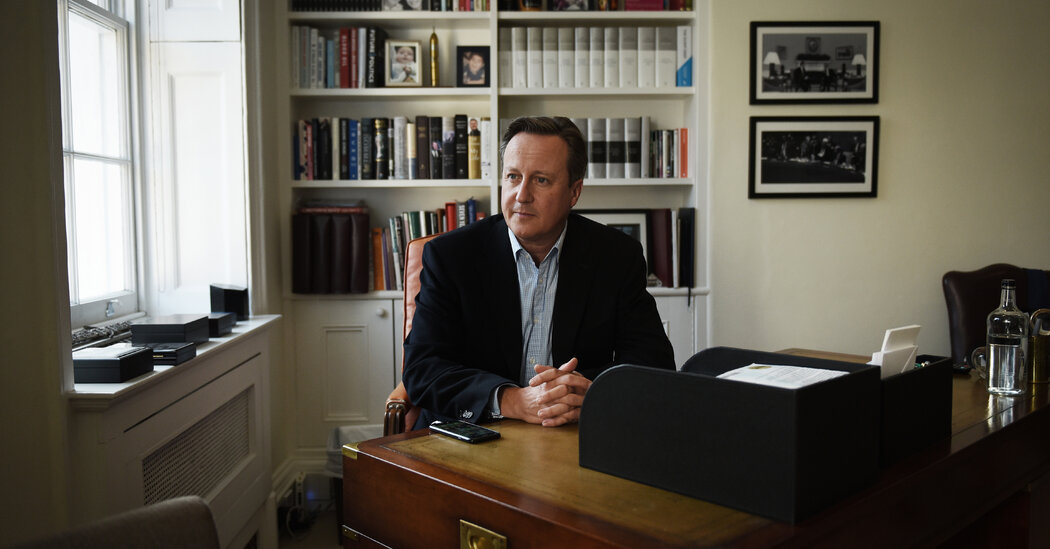